The Spatial Synthesizer is a physical computing piece providing a playful and interactive experience to the players. The participants perform bodily to create their own piece of music by activating different sounds that embodied in the space. It mainly aims to trigger other senses of the body rather than only focusing on visual perception. 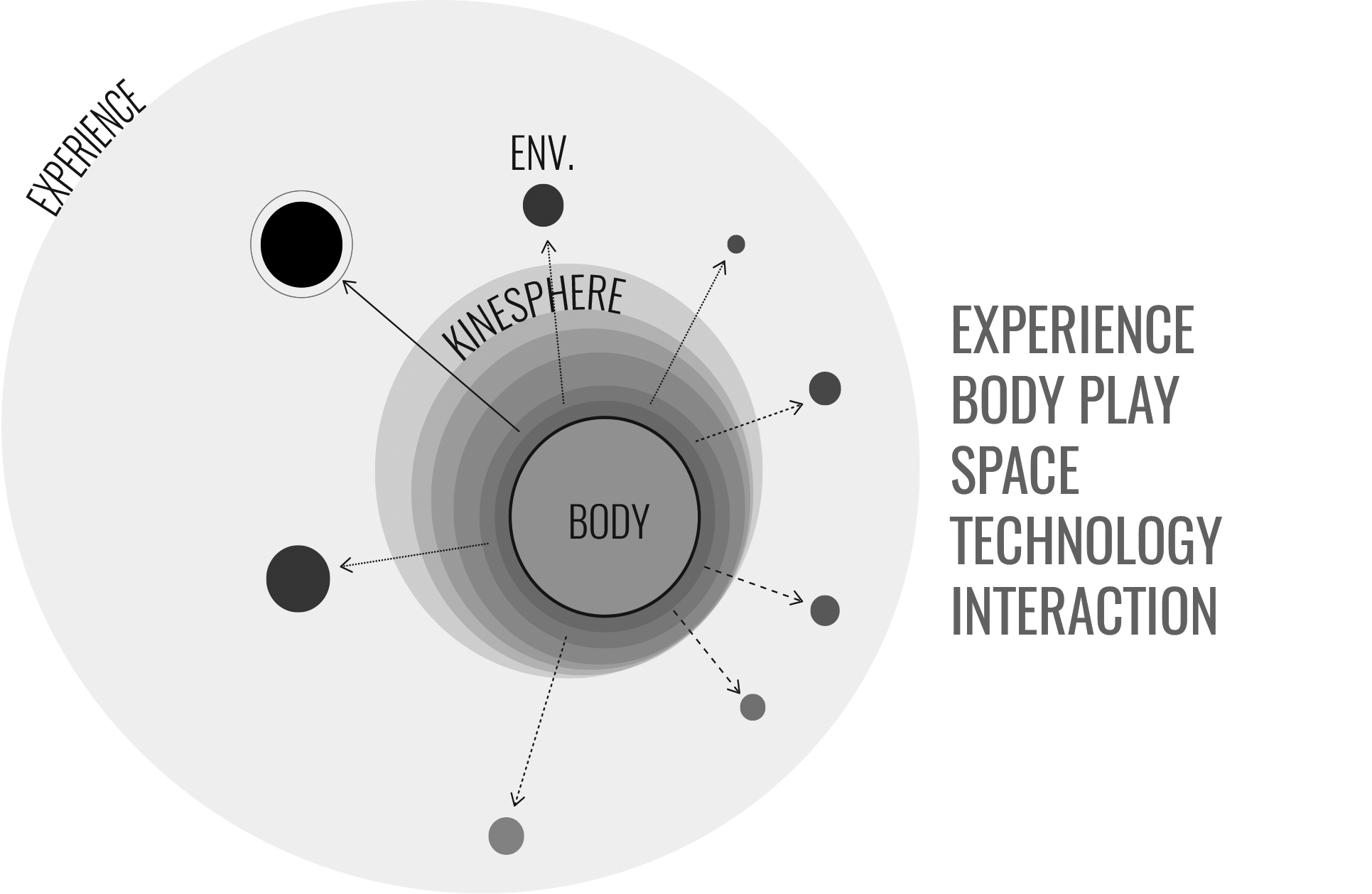 Architectural surfaces such as the walls and floors are used as part of the installation to create a spatial impact that stimulates the body movement. There are several conductive, square-shaped, hand-size keys on each wall and on the floor which uses the touch as an input. There are twelve touch sensors in total connected with a Micro-Controller. I made several iterations to define the form of the space and experimented with Arduino and several sensors to find the final form of the experience.  Basically, when the player touches one of the keys, the system plays a specific sound. This gives to the player a chance for using his/her body as a synthesizer to create a piece of music. Additionally, addressable LEDs added to the touch keys for guiding the performance and interacting with the player. 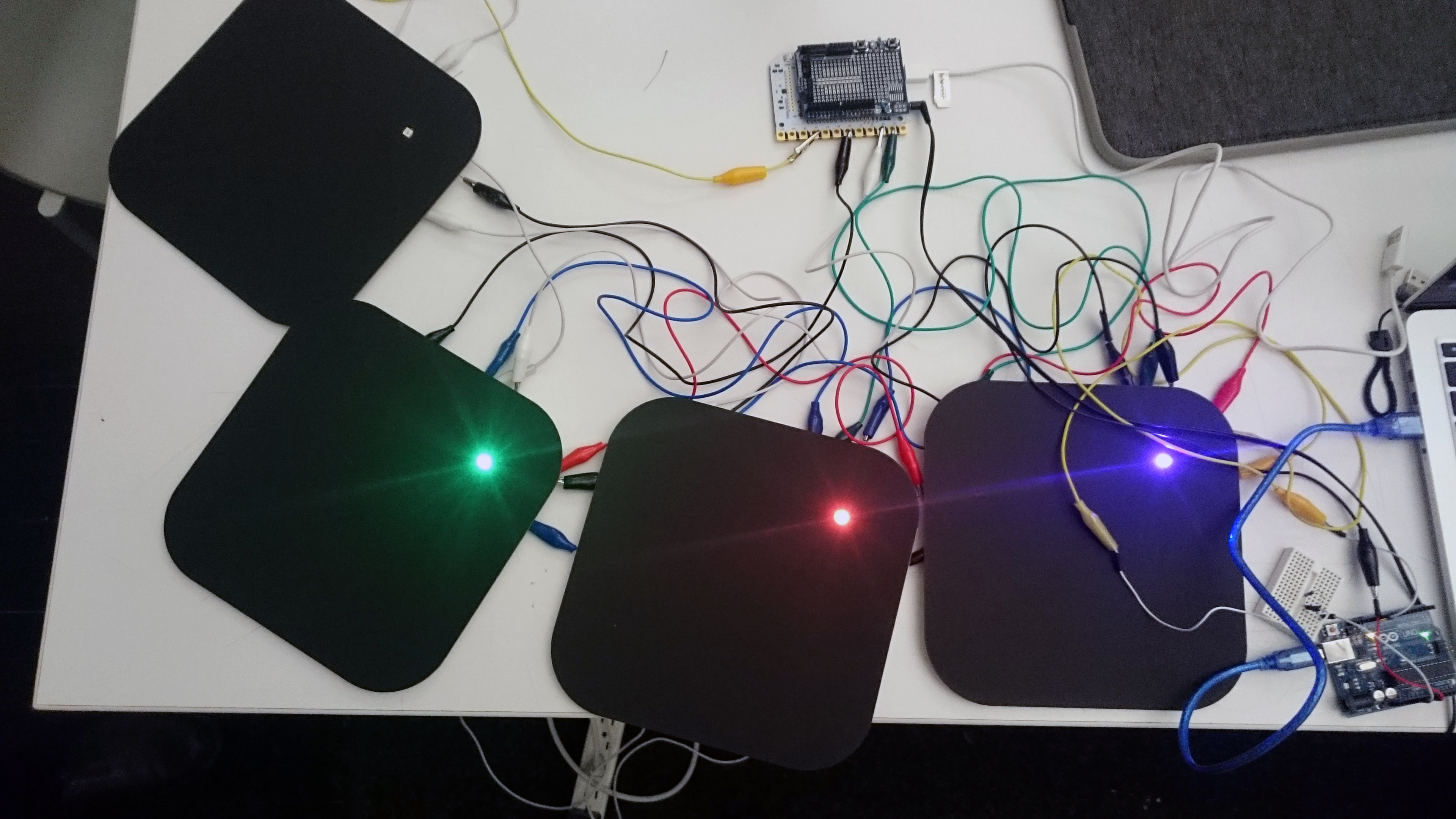 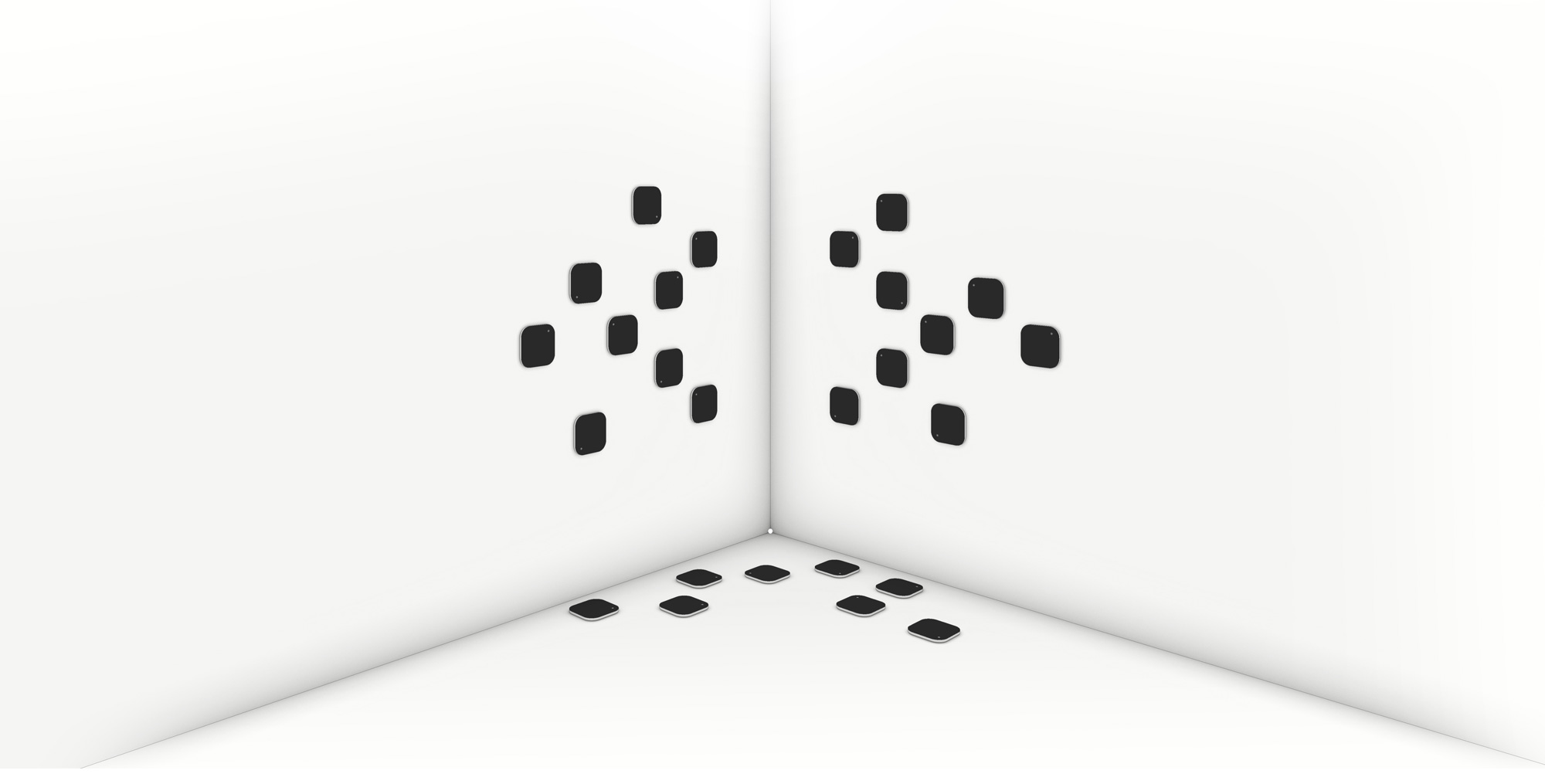 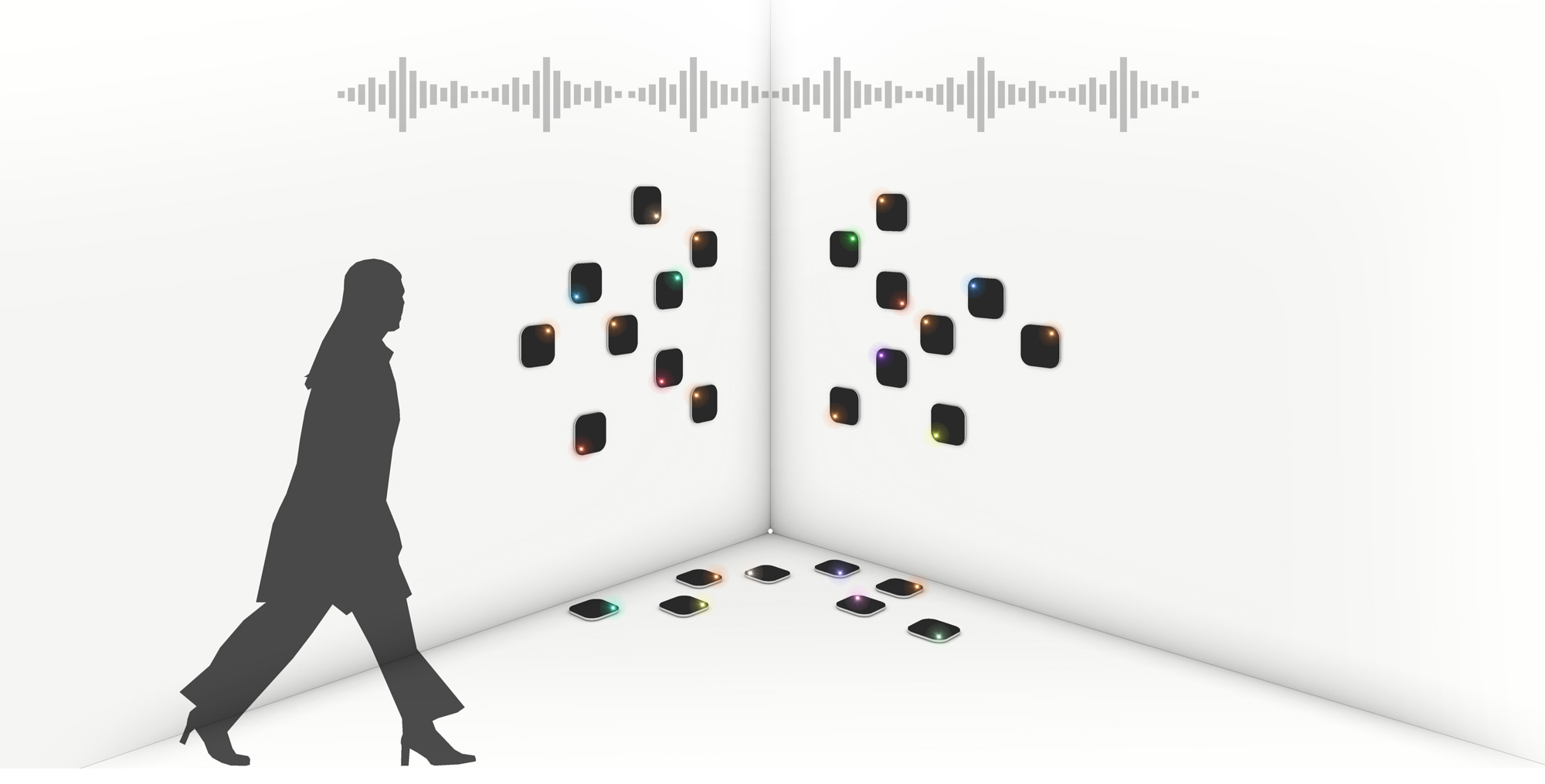 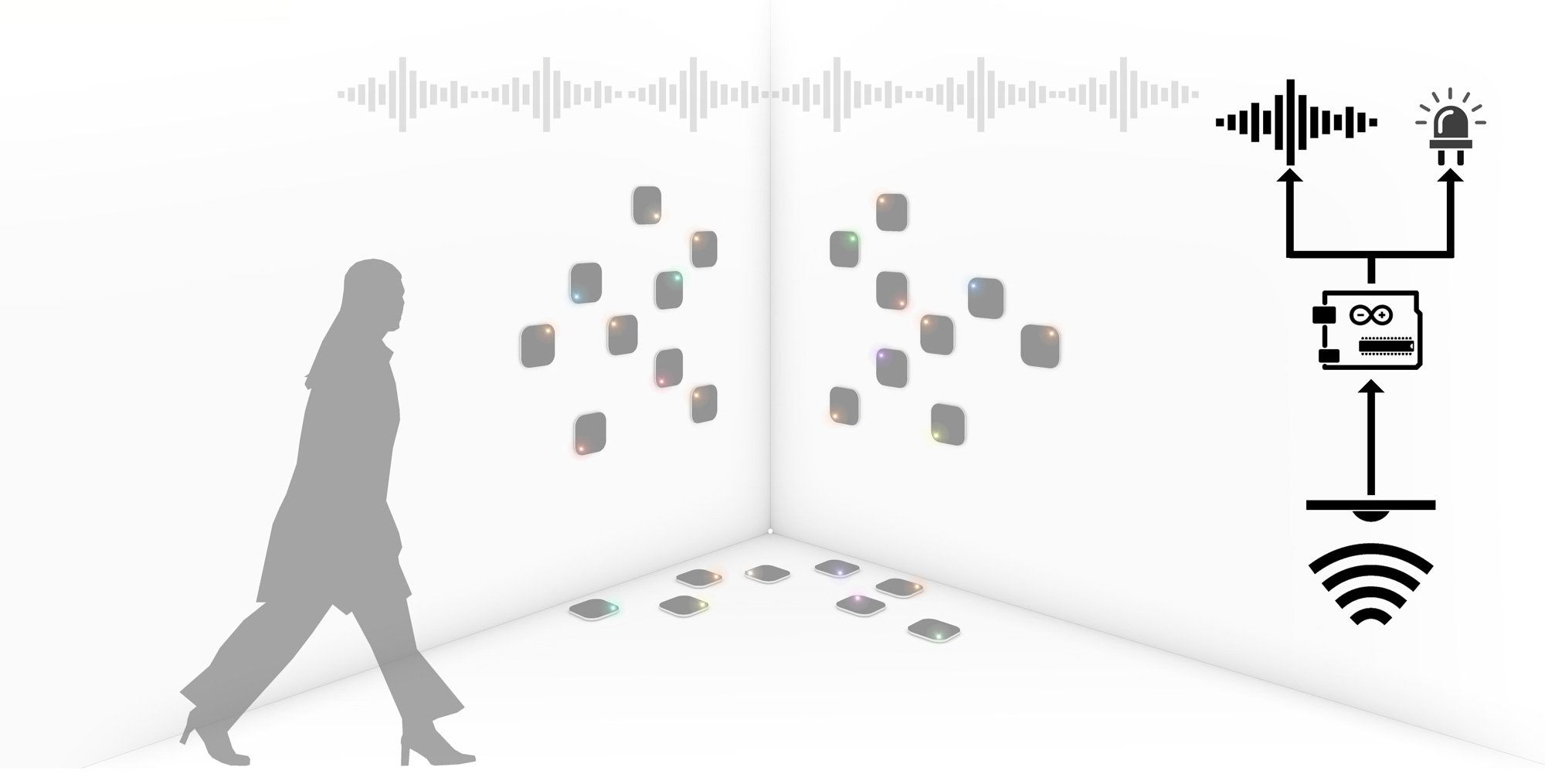 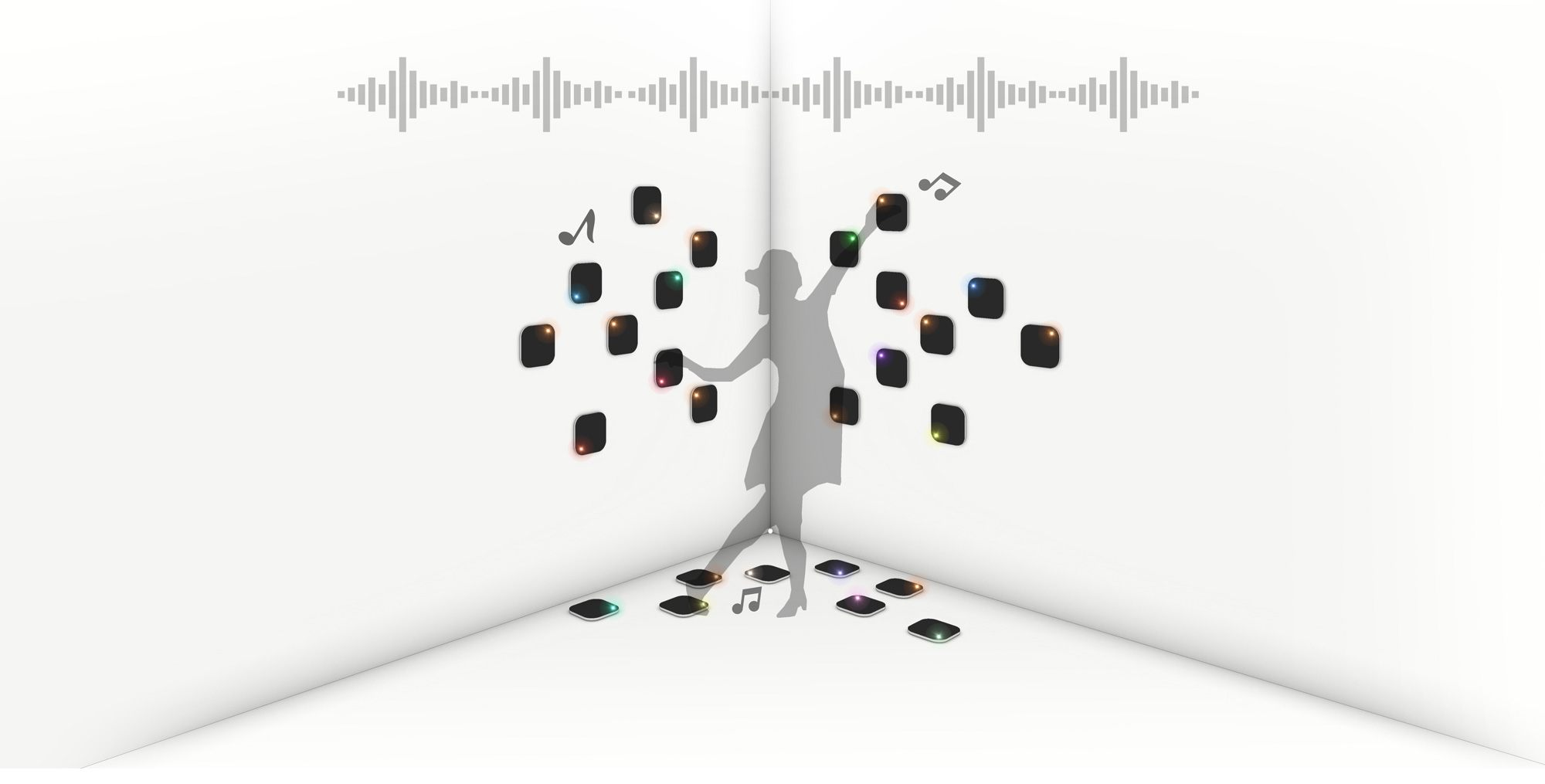 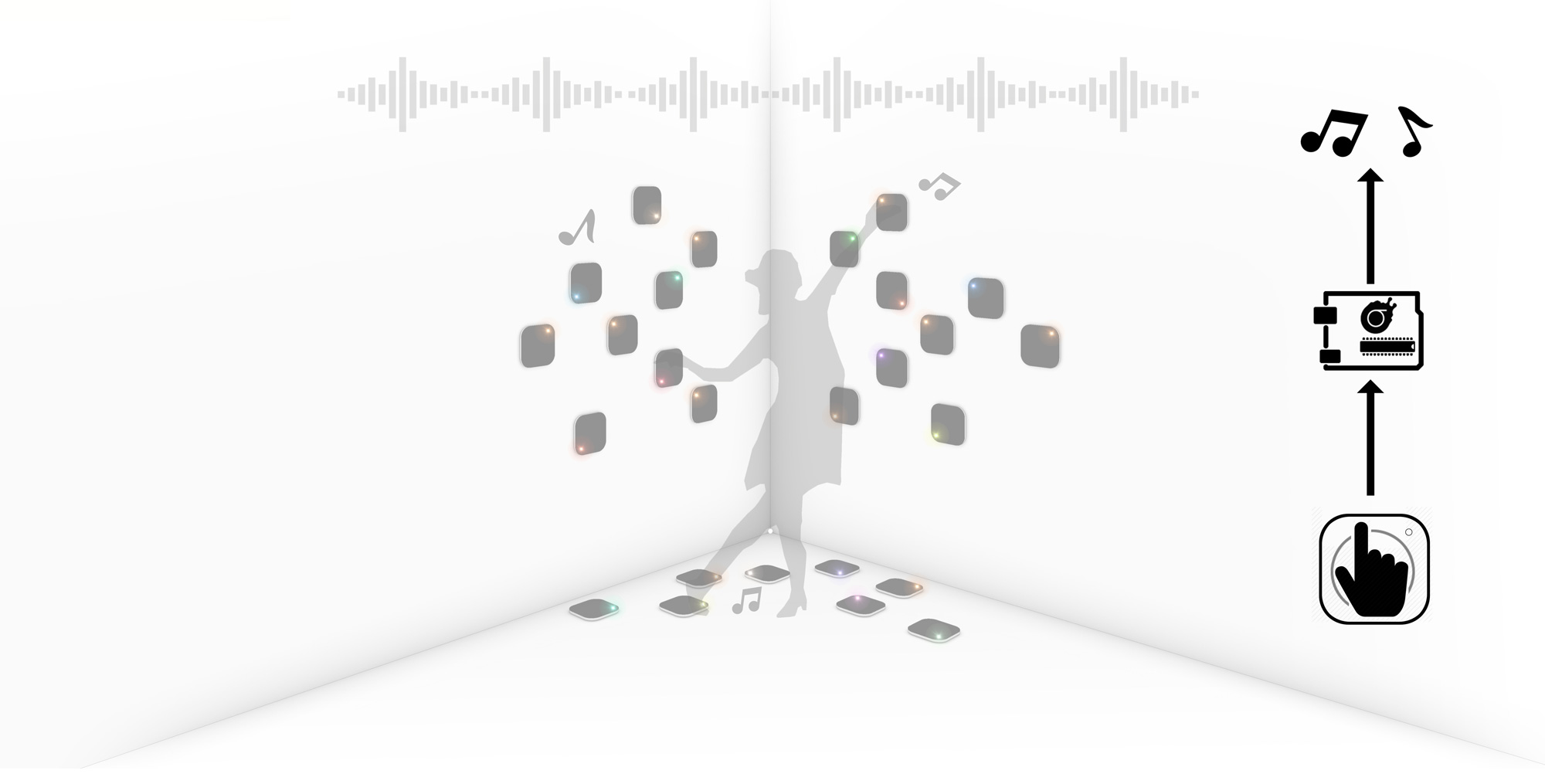 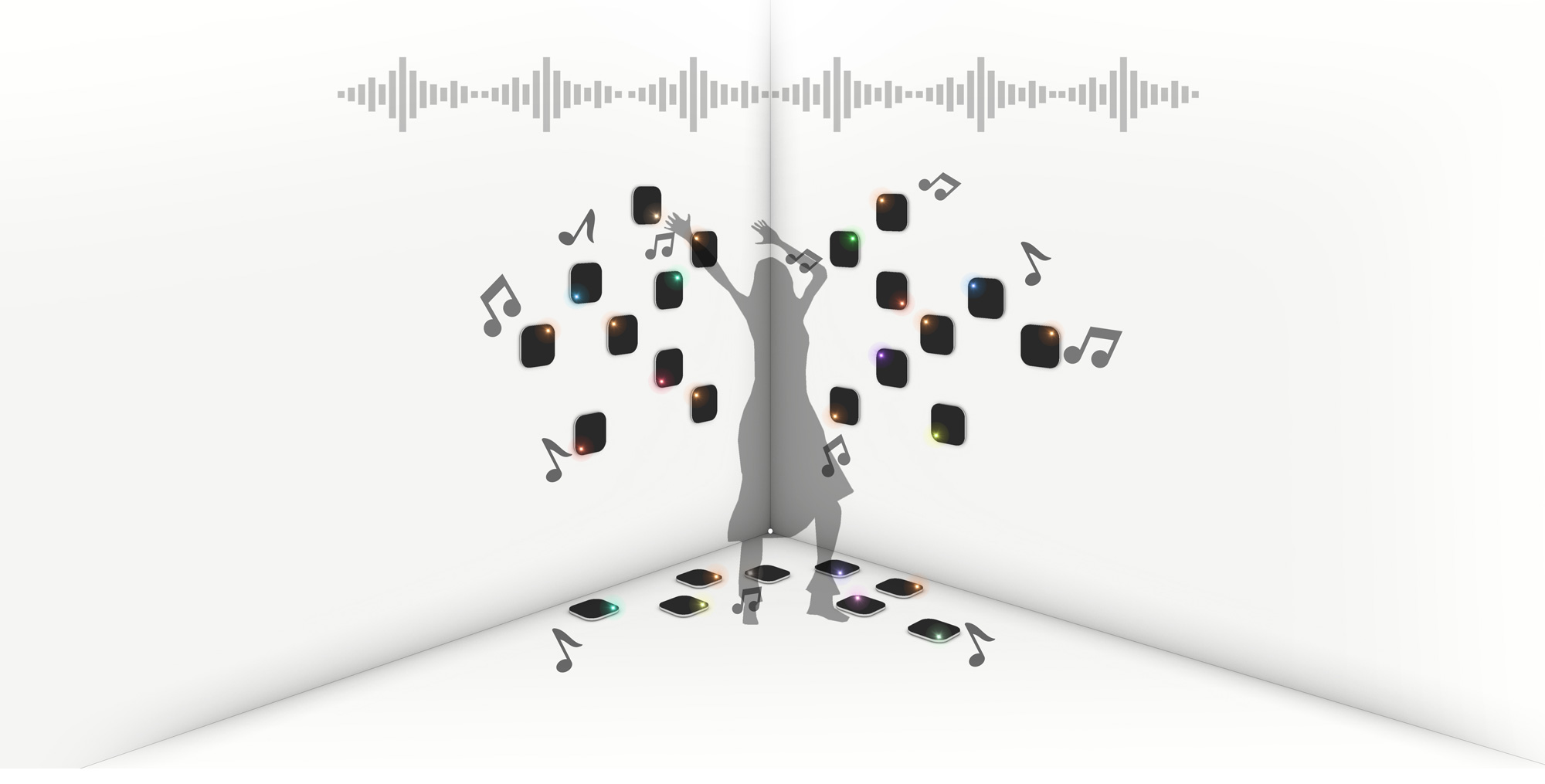 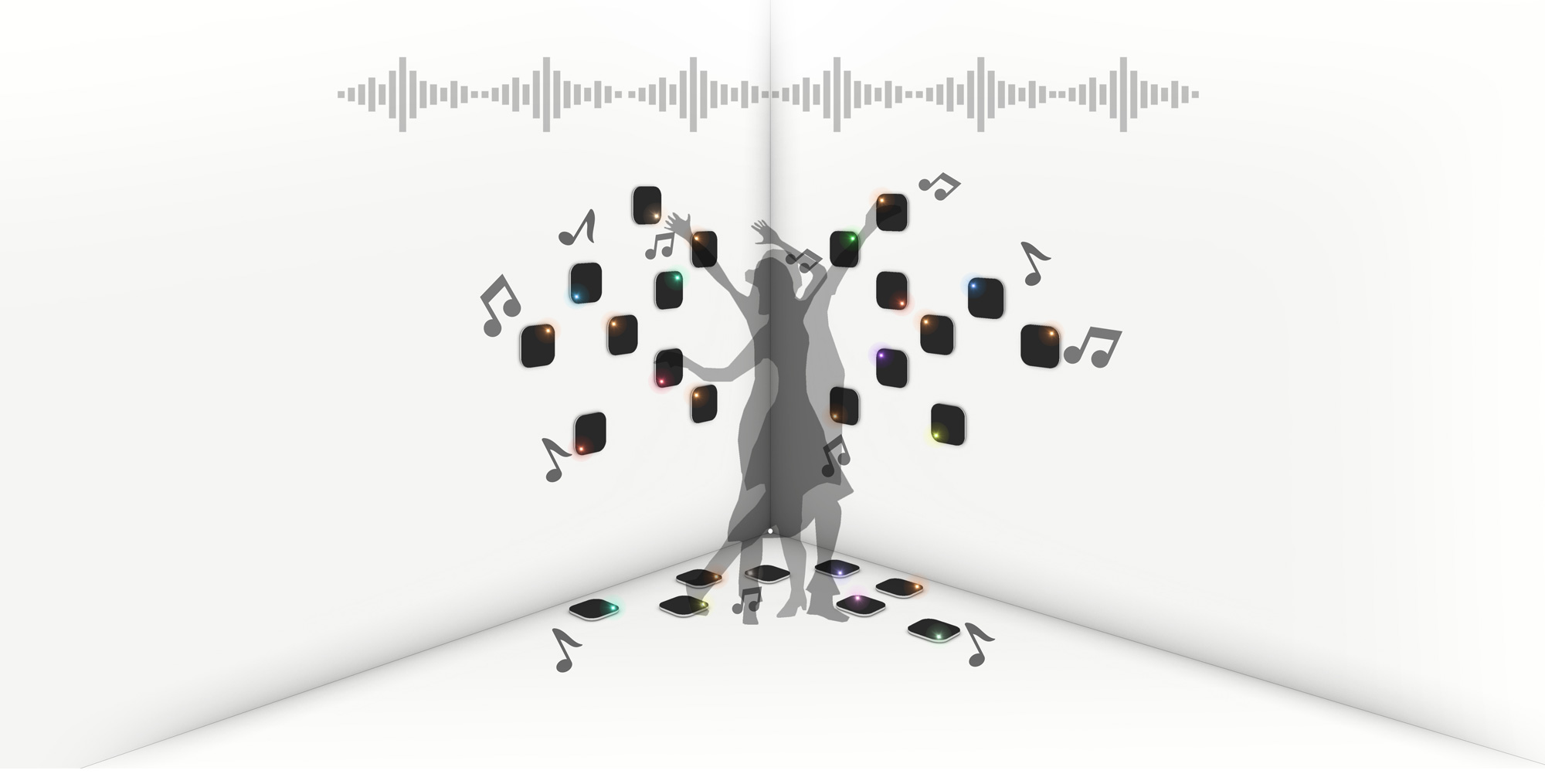 The feedback from the user tests showed that the project has a potential to transform into an experimental product for various usage scenarios. Touch keys can be shaped in different visual forms and they can be covered by different types of tactile. In this way, it might be used as a learning tool for visually disabled children. It can consider as a playful learning tool for children, or it can be a new type of instrument for musicians. Additionally, It can adopt with the public spaces easily and create a playful and social interaction possibility for the public. 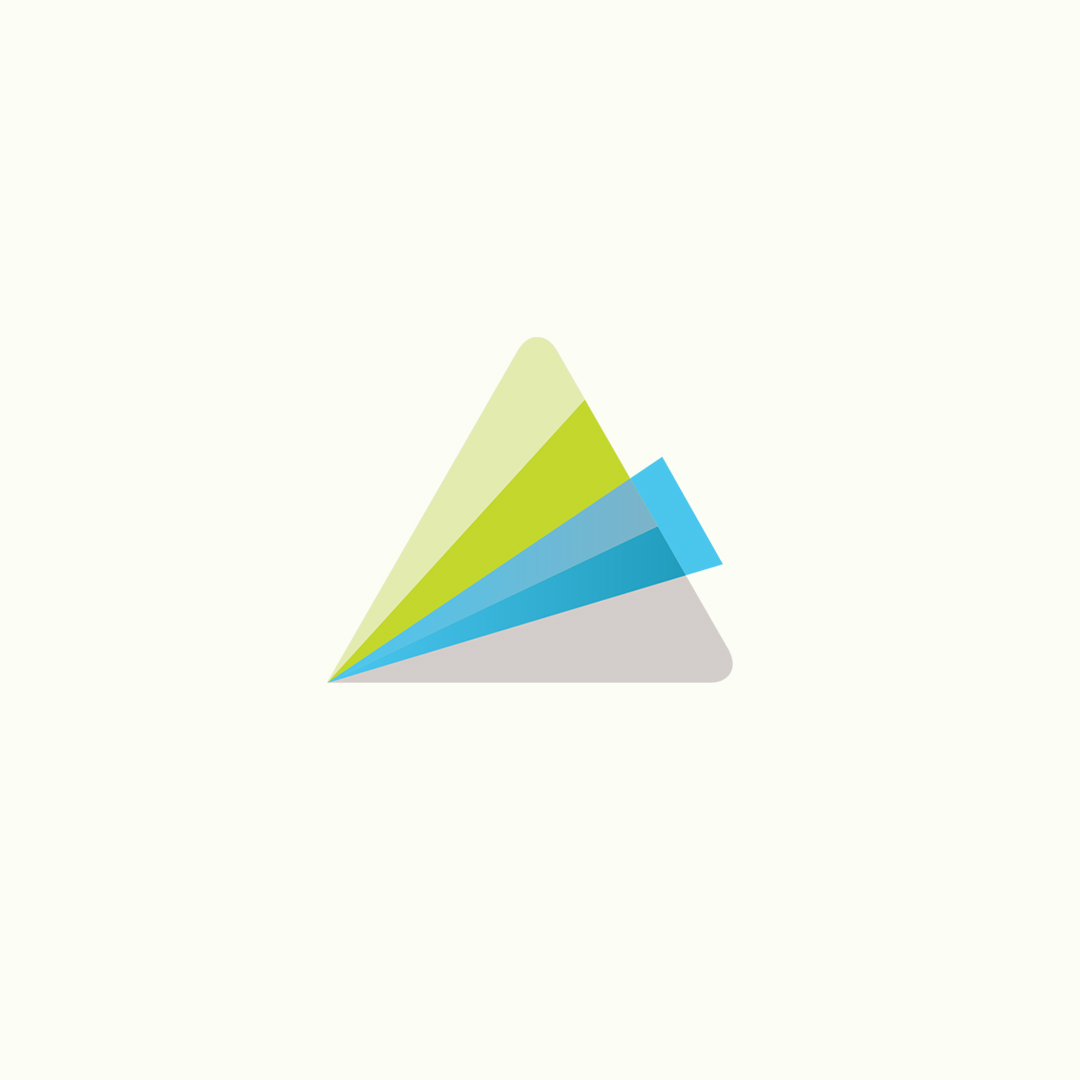 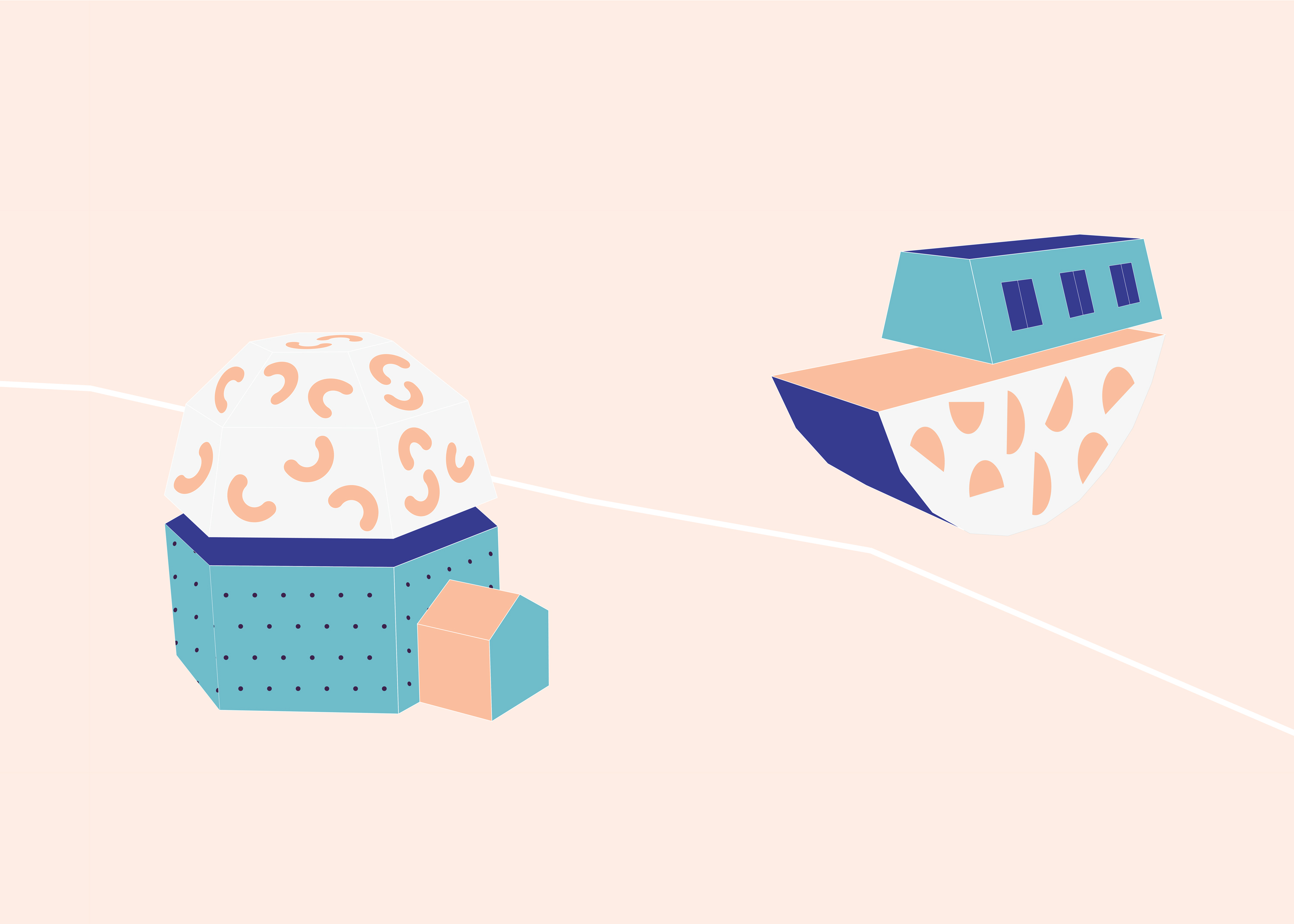 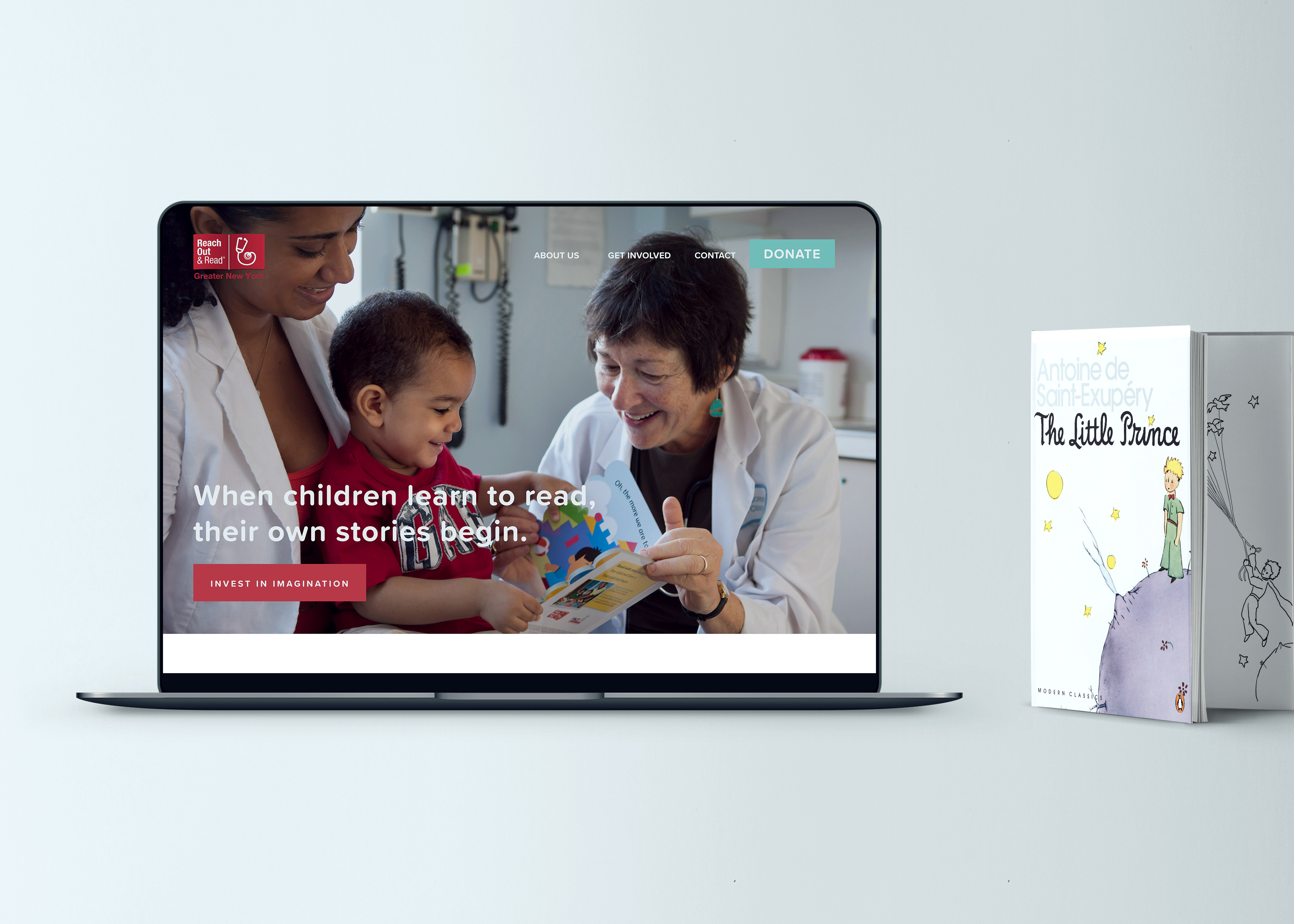 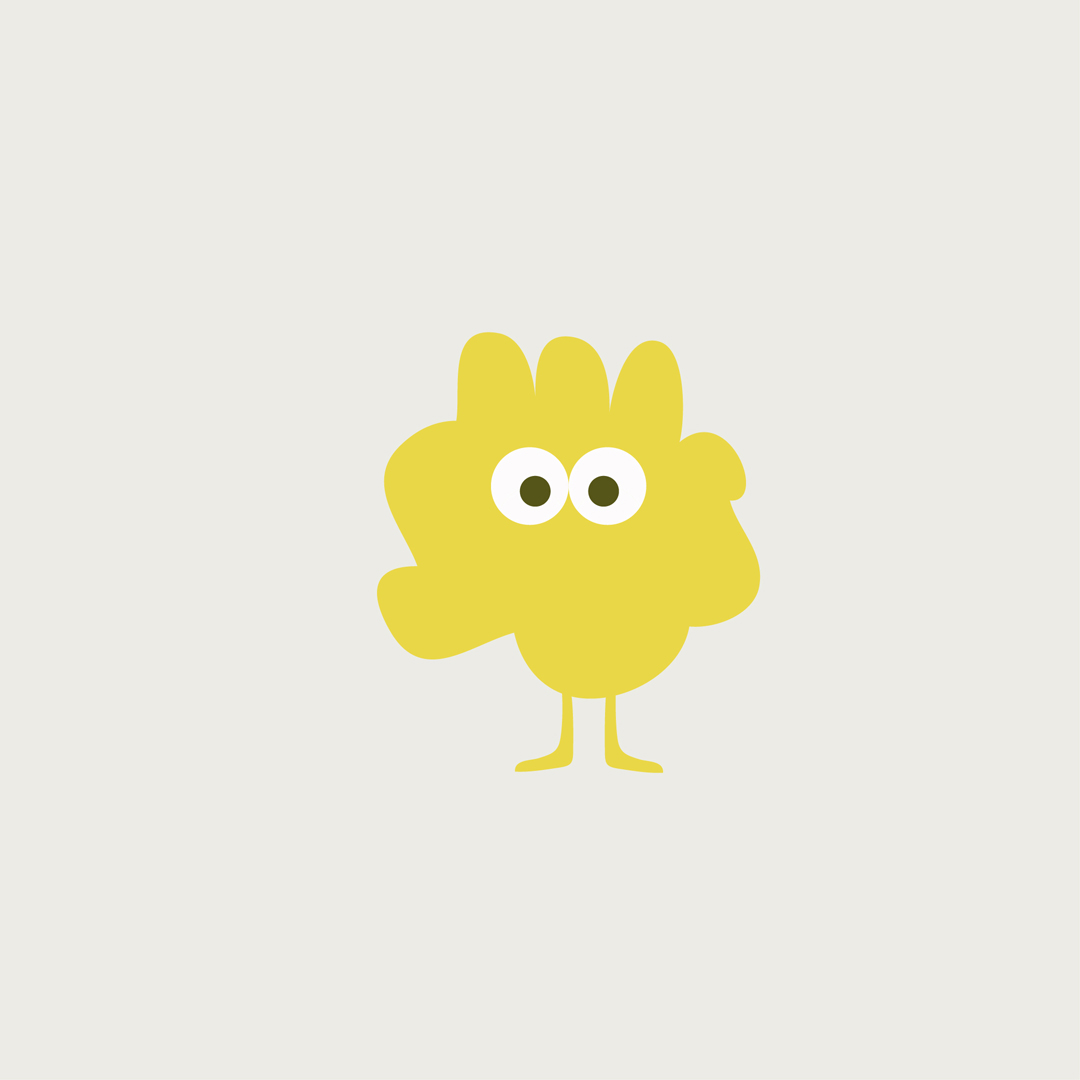 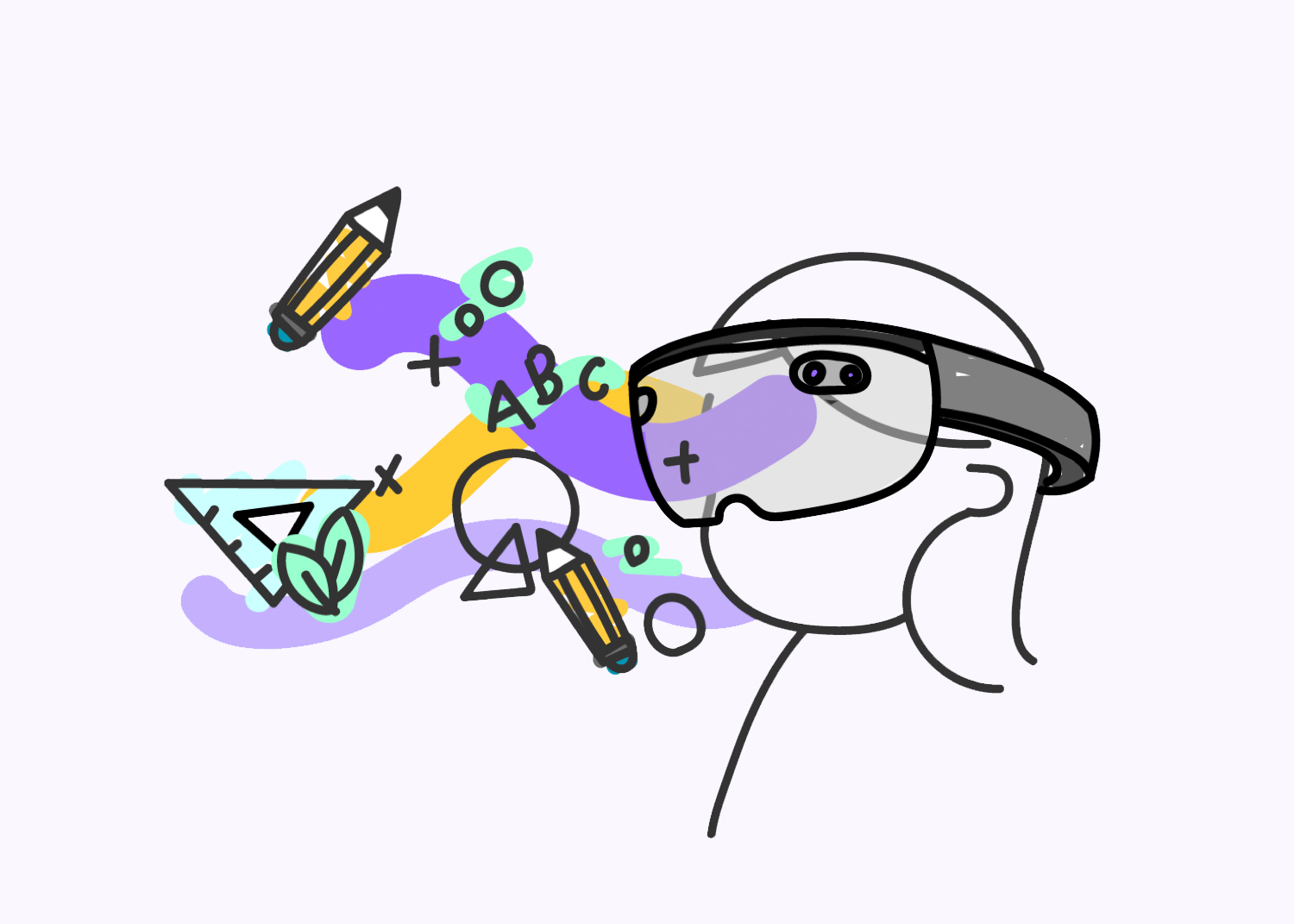 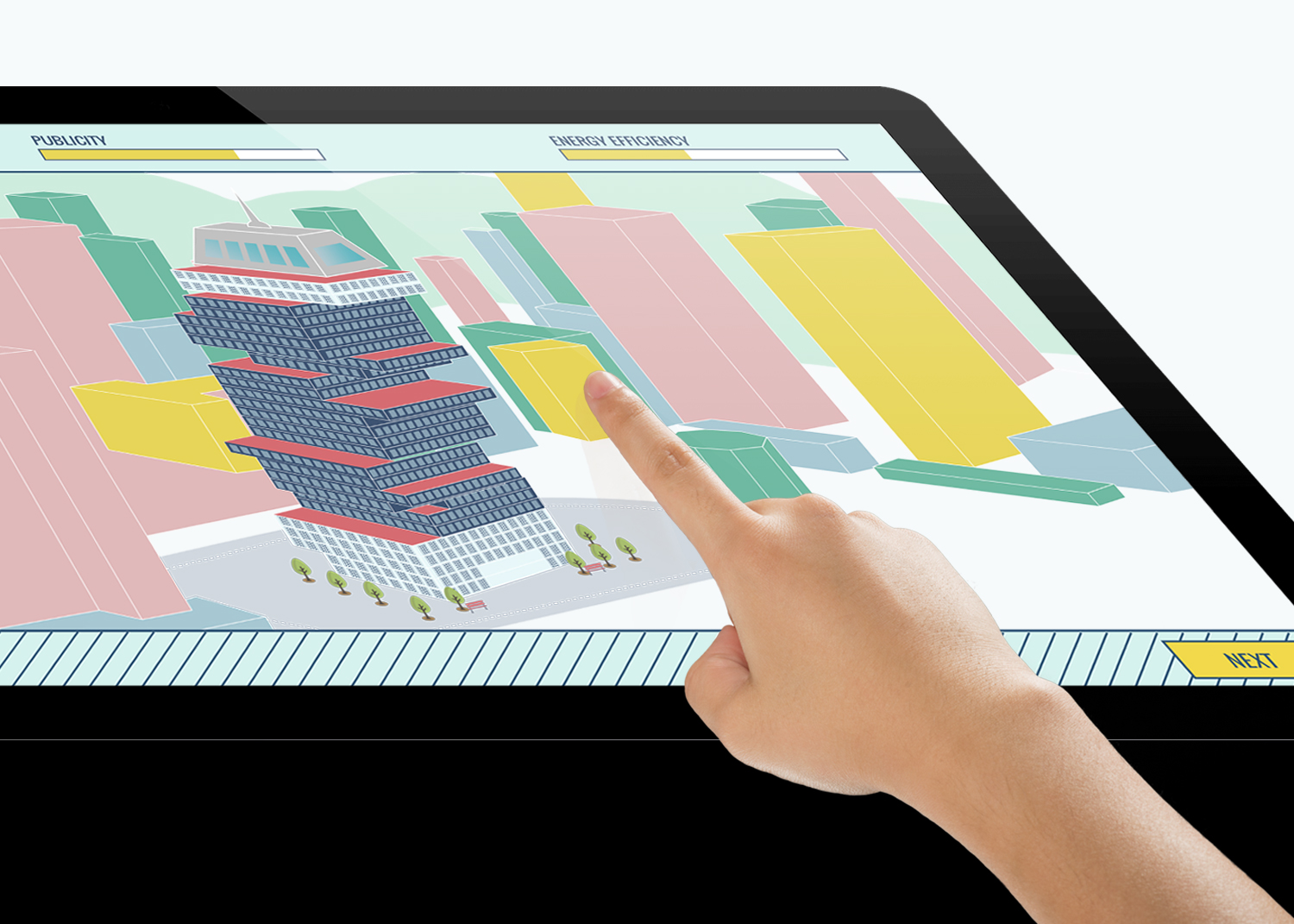 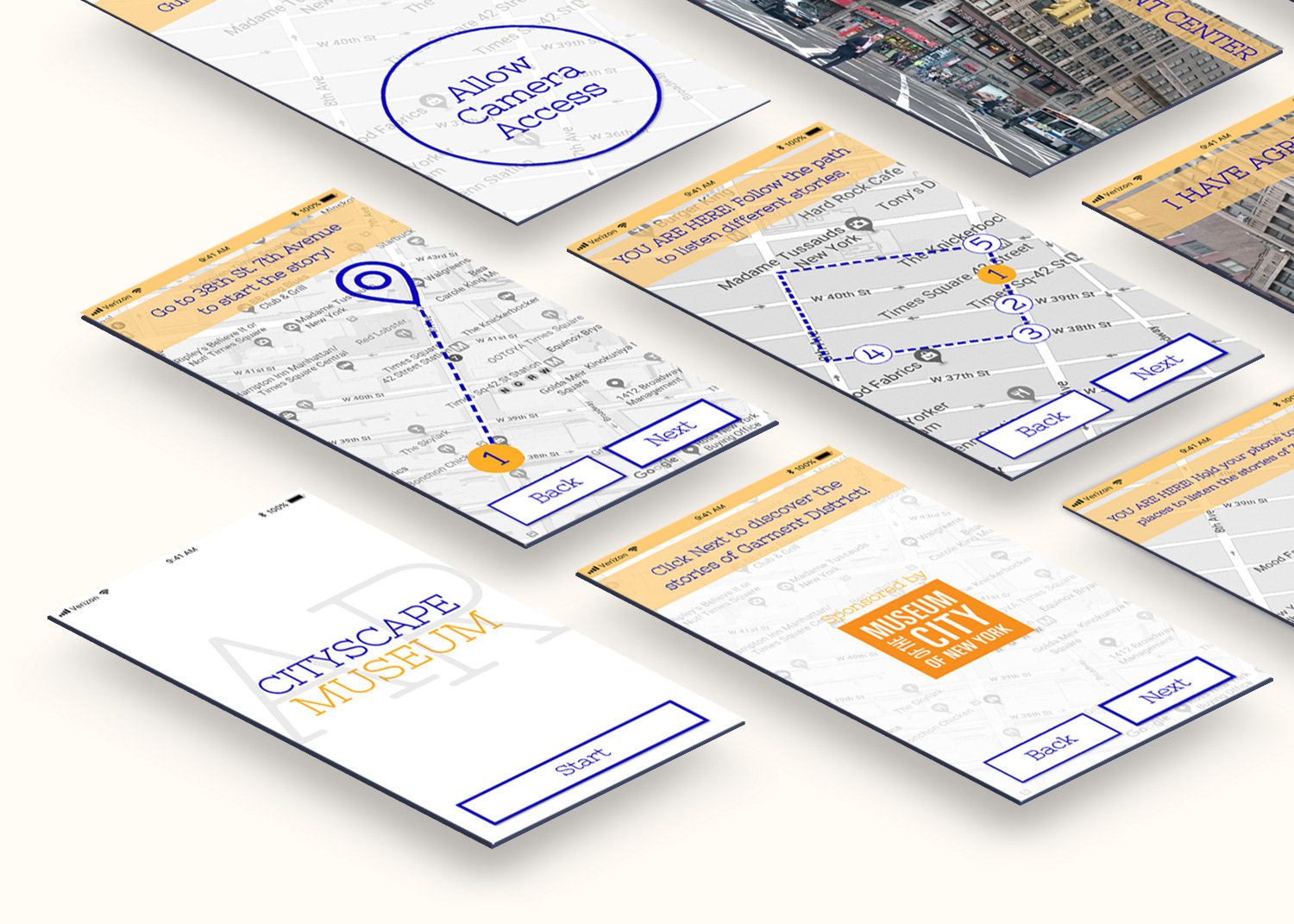