The purpose of this assignment was creating an instruction set for strangers in a public space that augments some aspect of interaction we have observed (person-to-person, person-to-group, or group to group). This augmentation, or invitation to participate had should be non-textual in that it could not rely on textual language for communication. We choose Bowery Graffiti Wall as our focus place. Current mural on the wall called "My People in New York" which involves different people's portrays in a city context. People who were passing in front of the artwork have been already pausing there to take photos. We wanted to use this behavior as an opportunity for expanding interaction between commuters.  We took off two silhouettes from the mural and printed them out on the same scale as their original. We cut out their heads and placed them right in front of the wall. We added Led Lights around cardboard model of silhouettes. By adding pressure sensors to activate LED Lights, we purposed to take attention of people. Eventually, this iteration worked and triggered a fun experience and interaction between people. 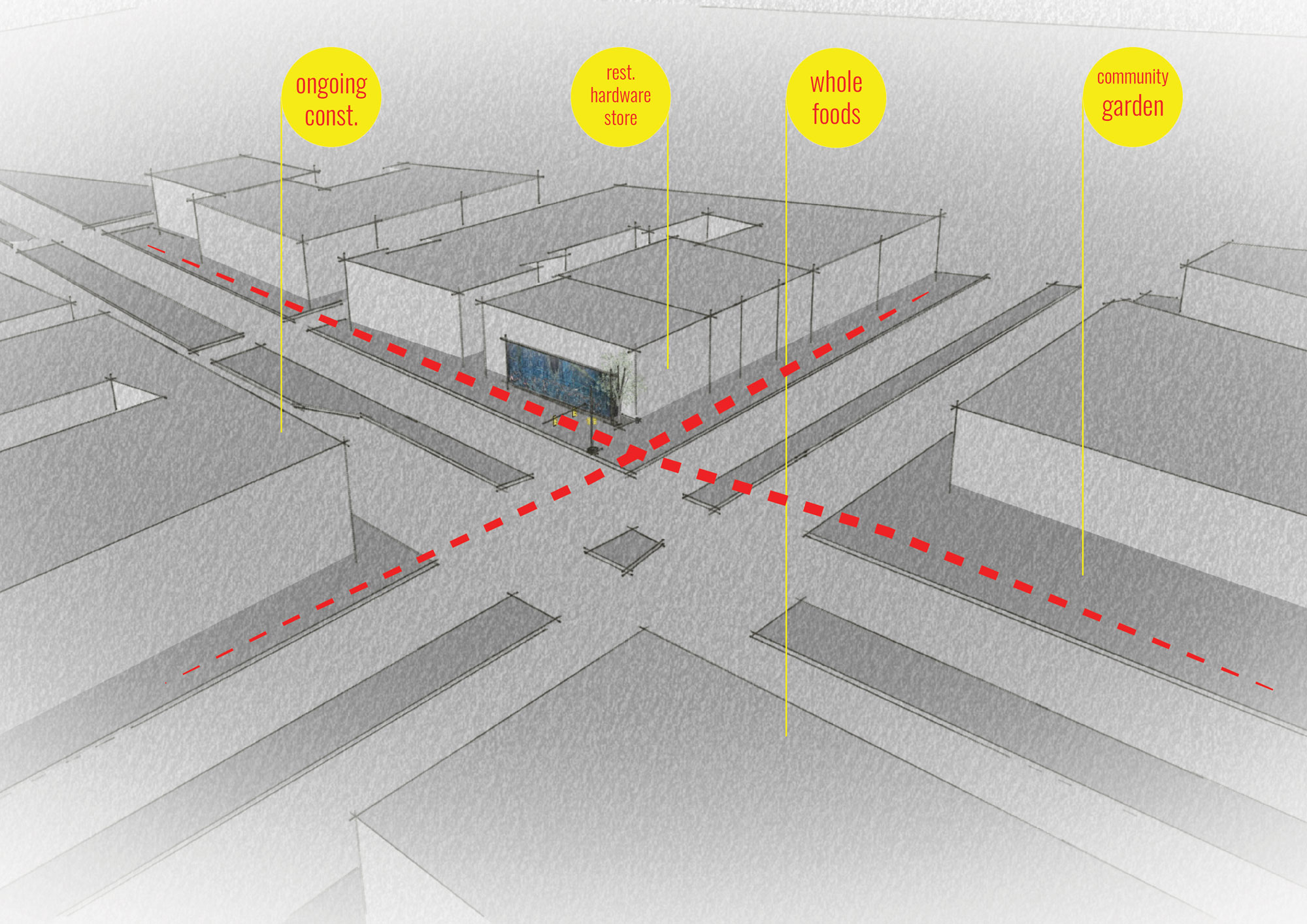 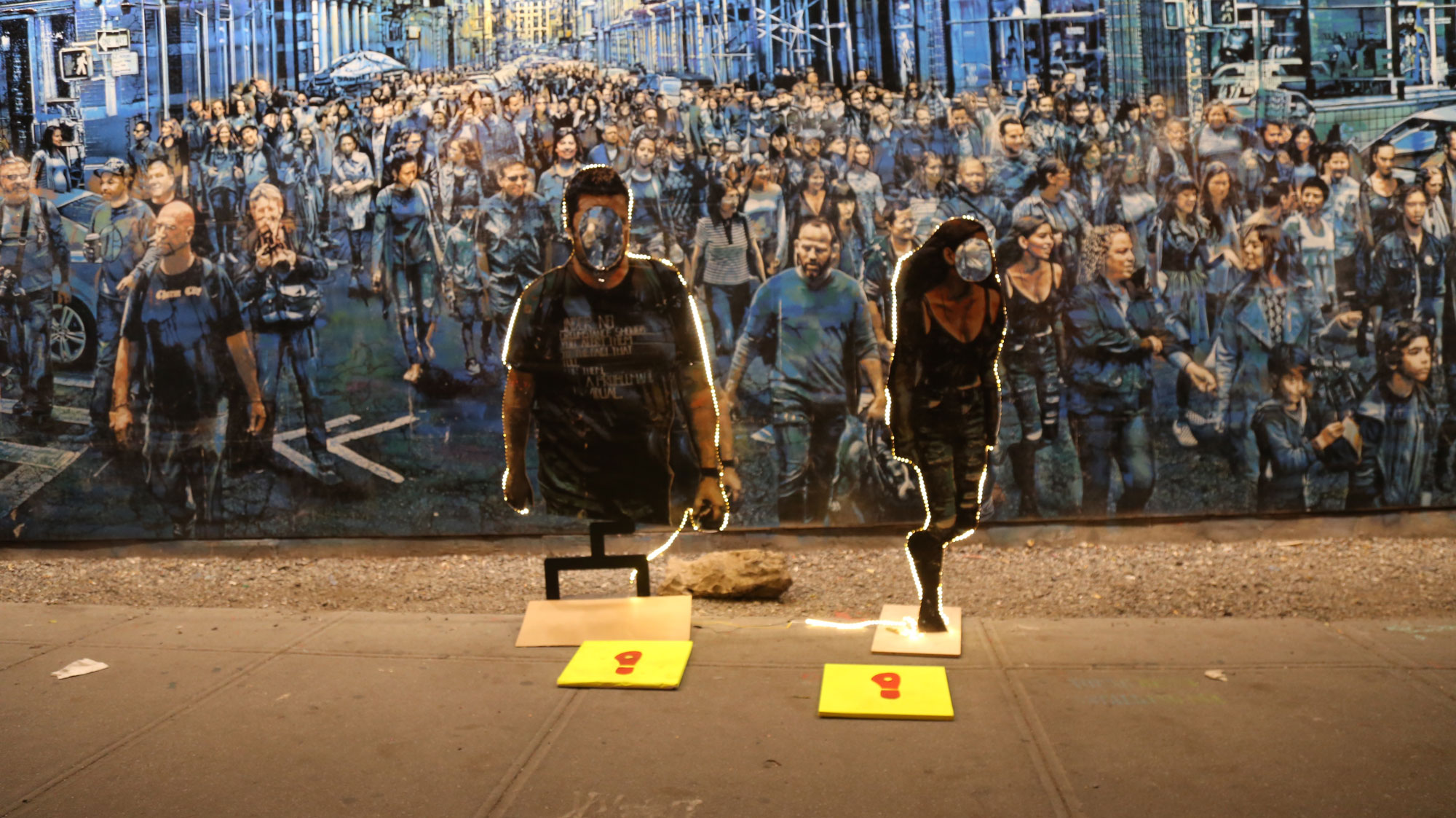 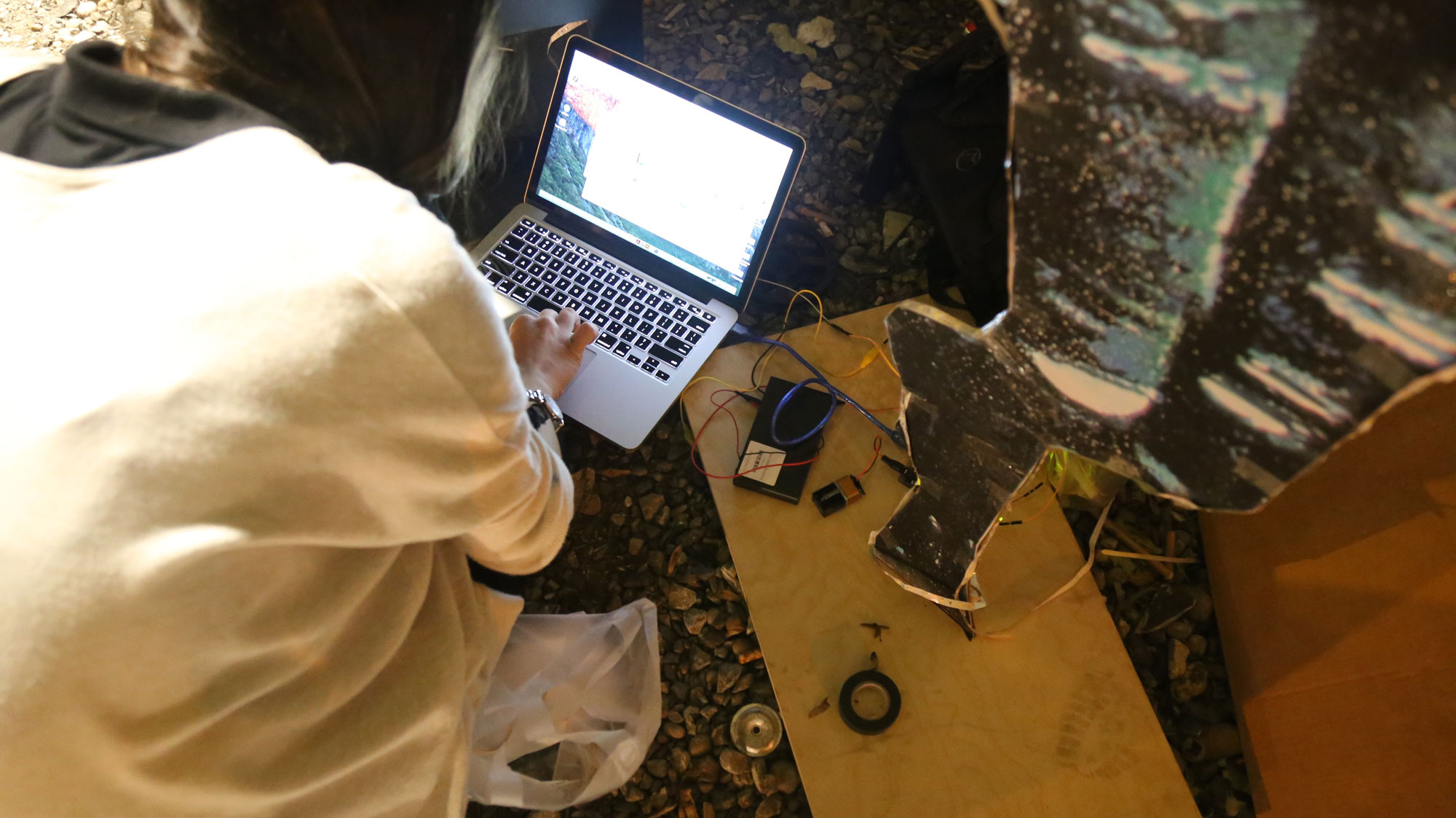 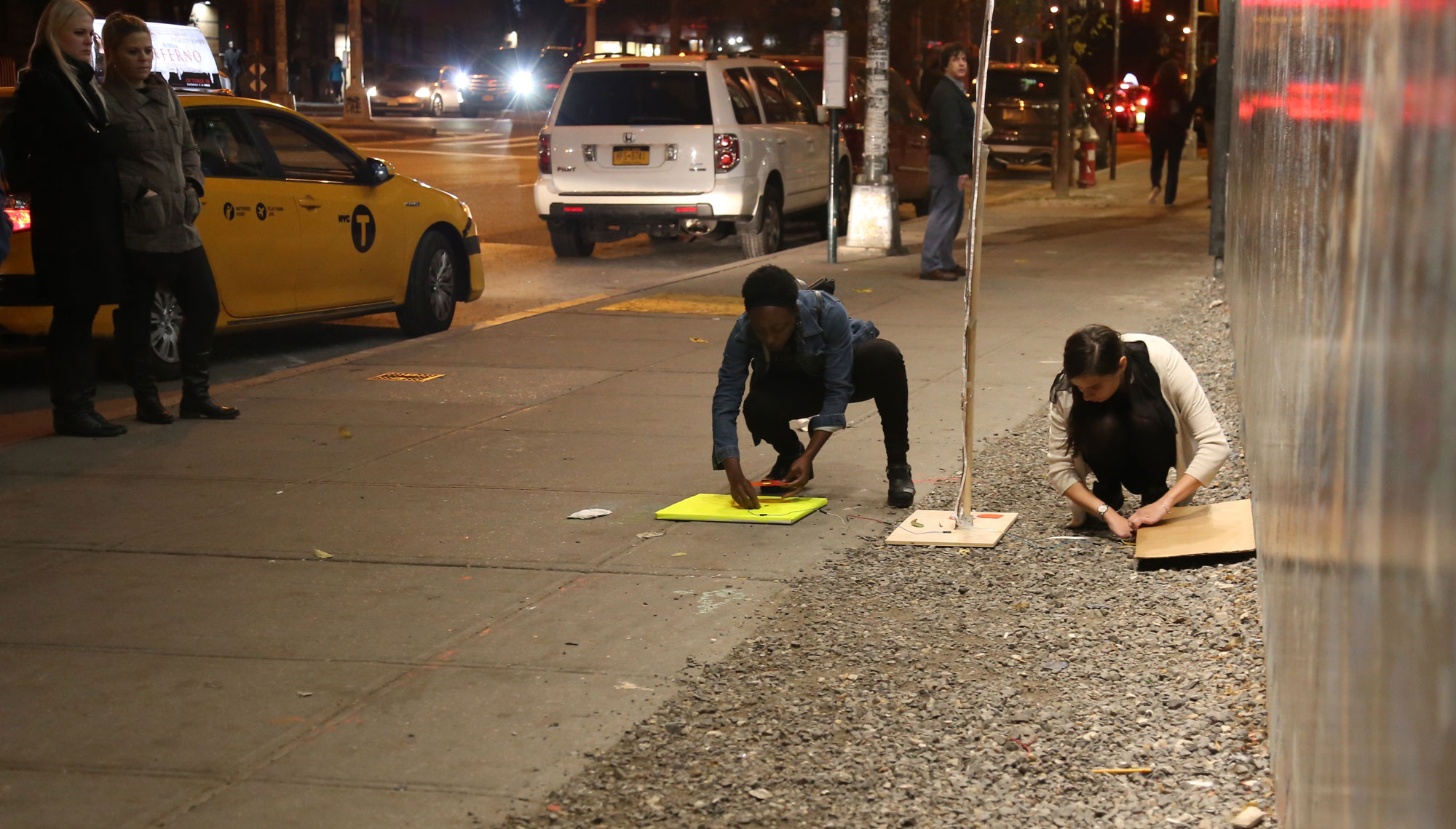